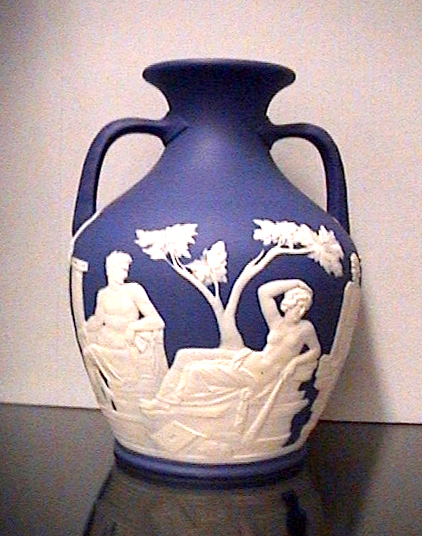 JSA president Barrie Sheppard, in his other role as a recently-appointed official guide for the National Gallery of Victoria, will give a brief lecture at the Gallery on April 3 on the notorious history of the original Portland Vase, and how Josiah Wedgewood reproduced it to create his great masterpiece and in so doing established his famous jasperware.

Wedgewood’s connection with Johnson’s Lichfield will also be revealed.

The original Portland Vase is generally believed to have been made in Rome some time between 30 BC and 20 BC. In 1784, it was acquired by the 2nd Duke of Portland and remained in the possession of the family until it was purchased by the British Museum from the 7th Duke in 1945.

You can see the Wedgewood reproduction and hear Barrie’s lecture on the Portland vase, free at the National Gallery of Victoria, St Kilda Road on Sunday April 3, at 2.30 pm, followed by afternoon tea. Don’t miss it!

Our Patron does us proud