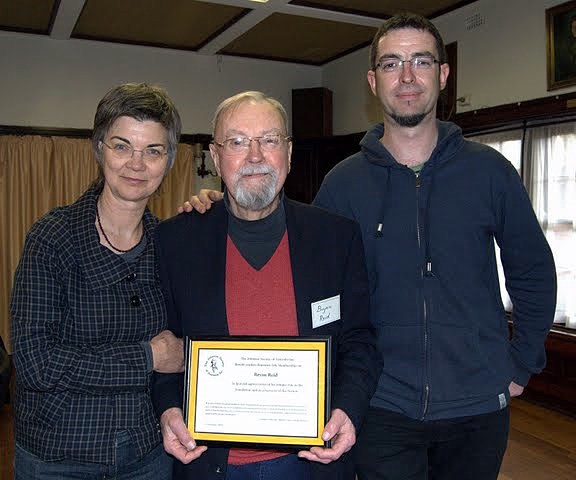 Bryan Reid has been appointed the first Honorary Life Member of the JSA. At the 2009 AGM, newly-elected President Barrie Sheppard paid tribute to Bryan’s continuing contribution to the JSA since he became the founding secretary in 1993. He has since retired from the position and been succeeded by Barbara Niven.

Barrie presented Bryan with a commemorative plaque which read:

The Johnson Society of Australia Inc

In grateful appreciation of his unique role in the

foundation and development of the Society.

Our Patron does us proud