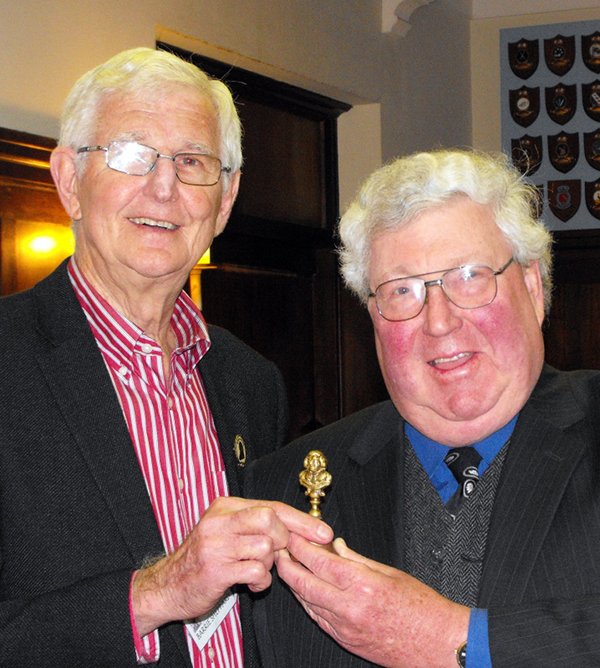 John Byrne is the new President of the Johnson Society of Australia, after his election at the Society’s Annual General Meeting on October 13.

John is a foundation member of the JSA, having joined at the seminar conducted in conjunction with the Council of Adult Education in Melbourne in 1993, when he was elected the Society’s Treasurer.

John is Australia’s leading private collector of Johnson and Johnsoniana, and was a barrister in Perth before retiring this year to his home state of Victoria, where his house in Castlemaine accommodates his book collection in a purpose-built library.

After his election, retiring President Barrie Sheppard handed over to John the small handbell carrying a head of Johnson, which is used at JSA functions. John paid tribute to Barrie’s work as President and the innovations he had brought to JSA events.

Johnson and Swift in Wales

Renew your membership sub. by PayPal